First of all, look at that gorgeous cover. I could practically reach out and touch the silk of that dress. Also I swear I see blood on the knife, every time I see it out of the corner of my eye. But when I look at it closely, of course there’s nothing there. And that, my friends, is why this was my Creepy Cover. Because no matter how many times I look at it…I see that blood (it’s probably the combination of the lip color with the knife when I just glance at it…but still). Oh, and inside at many of the chapter beginnings, there are these AWESOME old creepy pictures. 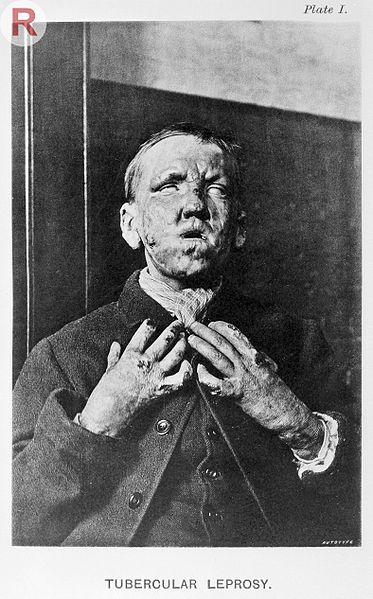 I’m fascinated by unsolved true crime. Yes, I am one of those people. At the same time, I like keeping a semi-safe distance between me and the crime. Hence, Jack the Ripper fits the bill because he’s obviously dead by now. Phew. All the same, this book raised the hairs on the back of my neck. While simultaneously causing me to tear up in the final chapter. Like what IS this mix of emotions, even?!?

Audrey is a scientifically minded young woman with a backbone of steel. She is fascinated with the human body and despite the VERY suspicious appearances, studies under her uncle, a professor with an unsettling obsession with the dead (now we call it forensic science). I love the way she flaunts society while at the same time enjoying what fashions suit her own fancy. Of course, this also involves disobeying her extremely protective father, who honestly comes across as rather unhinged after the passing of her mother. She still cares deeply for him, despite her constant frustrations with the limitations forced on her. Audrey’s brother, Nathaniel, is another sympathetic character. He deals with the loss of their mother much differently, seeming to have picked up and moved on as a sadder, melancholy person concerned only with his family and holding them together. Her motivation for studying science above and beyond what’s considered proper really resonated with me:

It was then that I knew I’d rely on something more tangible than holy spirits. Science never abandoned me the way religion had that night…God no longer held dominion over my soul.

Ahem. Moving on. *insert “Fight Song” playing in the background*

Then there is Thomas, the quirky, socially awkward student with the face of an angel and tongue of a viper. He’s annoying in an endearing sort of way. Every time I was about to be all, “Awwwww,” he would make some other caustic remark that made me want to slap him. Like for real slap, not pretend slap. He gets better and we get inside his crusty exterior more and more as the story goes on, though, and by the end I was feeling very charitable towards him, indeed. In the way one feel charitable to a naughty but adorable puppy.

The hunt for the serial killer (a term not yet coined) Jack the Ripper – first called Leather Apron by the press (look at me, learning things!) keeps the plot moving along briskly. The attention to historical detail in this book is AWESOME, even if there were a few liberties taken that made me roll my eyes. Like at one point Audrey’s cousin says women should be able to wear a certain type of clothing to “go to work.” Um…wealthy women in the 1880s most definitely did not “go to work.” Just saying. I understand Audrey is something of a revolutionary, but to maintain believability I think a couple things like that should have been edited out. I do love the way she comes into her own through the story, and THAT part is handled exceptionally well.

“This who deserve respect are given it freely. If one must demand such a thing, he’ll never truly command it. I am your daughter, not your horse, sir.”

The creep factor is amazing. At first I thought it was going to be relatively tame (flaying bodies open and lots of blood really don’t bother me, ummm…sorry?), but the psychological aspect of it really starting affecting me about a third of the way in and I couldn’t put it down at all! I started it in bed one night…and quickly decided to finish the rest in broad daylight. I was by turns fascinated, horrified, and at the last just so very sad. The foreshadowing was incredible – which means it was so skillfully done that I was completing flailing in chapter before the reveal and while I felt completely broadsided, immediately saw the clues I’d missed.

My biggest issue with the book is actually the romance. Thankfully, it’s more of a sub-plot, but I think the whole thing would have been better by just hinting at possibilities to come instead of anything actually happening. In the first several chapters it’s WAY too distracting and it really seems out of place for Aubrey’s character. Contrary to popular opinion, it seems, I think you can have a very successfully told YA story without having any romance at all. Sometimes “just-friends” friendships are the strongest ones we have.

Monsters were supposed to be scary and ugly. They weren’t supposed to hide behind friendly smiles and well-trimmed hair. Goodness, twisted as it might be, was not meant to be locked away in an icy heart and anxious exterior. Grief was not supposed to hide guilt of wrongdoing.