Where to even start with this book. I was on such a rollercoaster with it. One minute I wanted to fling it across the room and not even finish, the next I was reading as fast as possible to see what happened next. Then I would go back to the flinging. And the ending? WTF. OMG. The ending left me like this:

I honestly don’t know how to write this review without spoilers. But I’ll do my best.

Everyone said the Graces were witches.
They moved through the corridors like sleek fish, ripples in their wake. Stares followed their backs and their hair. They had friends, but they were just distractions. They were waiting for someone different.

All I had to do was show them that person was me.

We experience this story through the eyes of River, a 15-year-old transplanted misfit to a new school and new town. She and the rest of her school are obsessed with (and frequently manipulated) a family of alleged “witches,” 3 of which attend their high school. The life goal of most of the students seems to be to be “in” with the Graces, who not only have their own popular circle of friends, they have their own style, and their own rules. Rumored to have their own “abilities,” but this has never actually been confirmed.

River refuses to stoop to groveling, like the rest of the school. She is much more experienced in manipulation, we see right from the start. Yet she seems to be such an unconfident, scared little rabbit.

Sometimes they’d paralyze me, the “what ifs” of action, and I didn’t do anything at all because it was safer.

But why? How? I had so many questions for River, about River, right from the beginning. I was both confused and rather bored through almost the first half of the book. High school politics and teenage drinking (this is one of my pet peeves with SO many YA books – does no one notice these kids are drinking? who provides the alcohol?) really don’t interest me. Though, for once, the author actually explains the drinking somewhat. And, I couldn’t figure out if we were supposed to take magic seriously, or not, or…what. Until the last third of the book, it seemed like all shadows and smoke, nothing else, even though the Graces have all the appearance of a family practicing modern paganism of some type.

That was the first half. I was repeatedly irritated by the amount of time we seemed to spend in the school cafeteria. Teenage angst and drama, wan-wan. But even through all that, I kept getting this odd little 2+2 = 5 feeling. Something wasn’t right.

“We all hide our true selves.”

River’s continuing obsession with the Graces (particularly the youngest, a girl named Summer), and numerous other little red flags I kept seeing out of the corner of my eye, had me convinced at about Chapter 18 that something was seriously wrong with our little narrator. She is intriguing and yet insufferably irritating. Her dependence on her new “friends” is disturbing.

I just had to drift along like the ghost I was before, no Summer to anchor me, feeling like the last three months had never happened, and how fragile my existence was without her for even one afternoon. 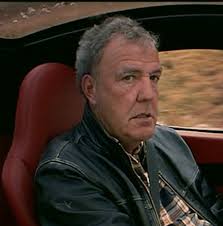 ^This is my "getting-a-leeeeetle-creeped-out-now" face.

And then things start to happen fast enough to keep me entertained. I started to suspect everything, everyone, nothing could be as it seemed…or could it? Could it?? What? I stayed up until 11:30 on a work night (I’m usually in bed by 9 or 9:30) to finish it and at the end…well, you saw the WTF already. I was completely blown away. I had to go back and re-read, I had to look for clues. I despise – repeat, abso-freaking-lutely despise – sudden twists that have no buildup. Deus ex machina is never an acceptable plot device with me. Well…Laure Eve isn’t using it. The clues are there. You just have to recognize them. And then, naturally, she pulls a cliffhanger. SUCH a cliffhanger. Like, you’ve-got-to-be-kidding-me-that-did-NOTJUSTHAPPEN cliffhanger.

They used truths to tell lies, and they were very good at it.

I had a lot of mixed feelings about this book and had to think about it for awhile before I could rate it. In the end, the things that bothered me so much in the first half brought it down to 3/5 stars. There’s at least one little error in description that REALLY irked me. I still feel all the high school drama fest was really unnecessary. I mean, set the scene and forget it. No one wants to relive the awkwardness and horror of the high school lunch room. Over. And over. In a book, no less.

Besides all that, it was a good story. The characters were interesting when not particularly sympathetic. I love actually being surprised by a book. I’m exceedingly annoyed that I will have to wait an entire year to read the conclusion. If you like twists, off-beat characters, and a bit of pagan woo-woo thrown in definitely give it a try!

Many thanks to Netgalley for providing an early review copy in exchange for an honest review!
Tweet